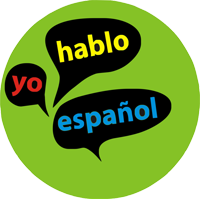 Our school is delighted to be learning Spanish as part of the Modern Languages in Primary Schools Initiative (MLPSI). We joined the MLPSI in 2008 and since then, all students in the 5th and 6th classes have been learning Spanish. It is a voluntary programme and we have chosen to be part of this exciting project because of the many learning opportunities and benefits it can bring to the children, teachers and wider school community.

There are many reasons why the learning of another modern language at primary school is beneficial for children. Research has shown that children who are introduced to other languages from an early age can become more proficient language learners and that learning another language can have positive effects on the learning of other curriculum subjects.

Evaluations of the MLPSI have also noted the positive effects it has had on pupils not only linguistically and academically, but also socially in terms of their self-esteem, confidence and in assisting their preparation for second level For more information on the MLPSI, see the project’s website – www.mlpsi.ie

In 2010 our school entered a competition by Leargas “European Day of Languages Video” and won 1st prize which was €500 worth of vouchers.

We are delighted with the tremendous work being done by our Spanish teacher Claire.